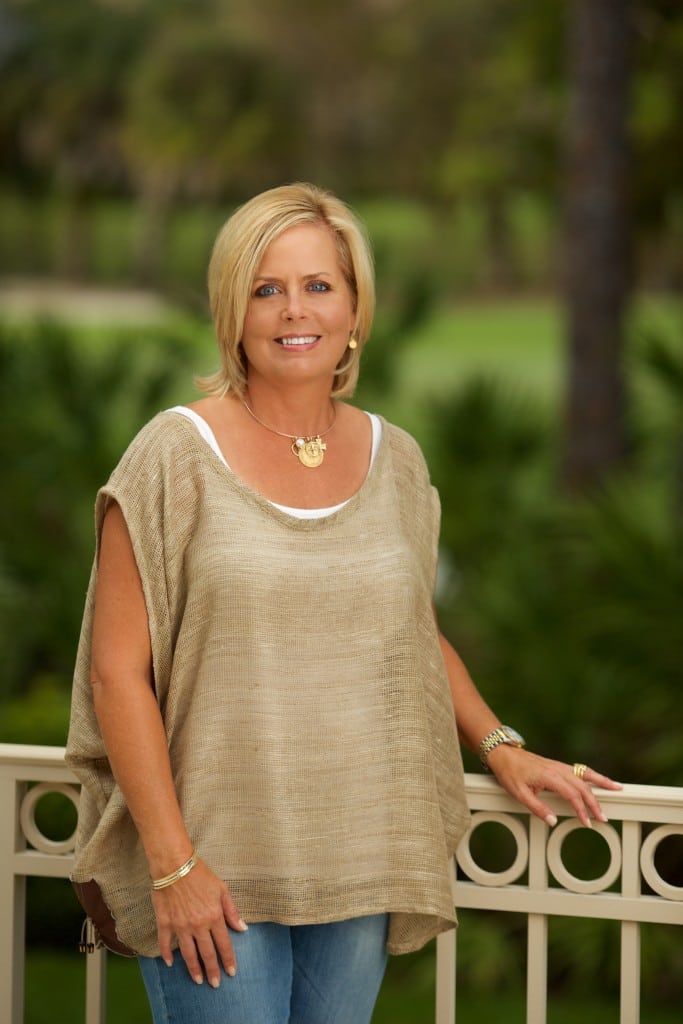 The Old Testament chronicles amazing and miraculous stories. For Vicki Orr, jewelry designer and founder of Vicki Orr Designs, these stories are powerful, purposeful and still relevant today. As she maps out a future for her Southwest Florida based business, Orr is reminded of the River Jordan story she recently heard again in church:

"The Israelites crossing the River Jordan into the Promised Land were excited but anxious and cautious as they had been instructed to follow the priests, who were carrying the Ark of the Covenant. I'm sure many were afraid to venture into the murky, cold water—but, just as the priests' feet touched the water, the upstream flow stopped, allowing all of Israel to complete the crossing on dry ground."

Vicki Orr's walk into unchartered depths means she has decided to take a Step of Faith to expand her eponymous line of jewelry across the United States.

Vicki's religious roots run deep and she believes "as Americans, we should be proud and respectful of our religious heritage." Vicki wants "to share the truth and beauty of God's love with the world by creating quiet statements of Faith through her jewelry. " She embraces her role as an instrument to inspire love and kindness in others.

Upon an early retirement from being CFO of NCH Healthcare System, Orr decided to embark on a second career—one that used the creative side of her brain. She attended a jewelry school on the East Coast of Florida and soon discovered she found a path down which she wanted to wander. She loved dissecting hi-end and beautiful gold pieces, not only to discover how they were created, but also to study the workmanship and the art that went into the design.

Vicki secured an apprenticeship with Henry Jimenez, a jeweler of 35 years. Using many ancient techniques Henry learned as a young gold and silversmith in Columbia, Orr quickly fell in love with the jewelry making process. They regularly work together melting, pouring and hammering precious metals.

Vicki does not particularly like "perfect pieces" of jewelry, but favors more natural and organic lines and hammered gold or silver. She enjoys creating beautiful one-of-a-kind pieces of jewelry using 22k and 24k gold with semi-precious stones and weaves vintage pieces, ancient coins and artifacts meticulously together to create stunning pieces. She is saddened that so few items of beauty are actually created in the United States and believes it is important for Americans to learn skills in order to create treasures that can be passed down from generation to generation.

Vicki's most celebrated and gifted piece is the Let Your Light Shine charm. This story in a circle has a single candle with a 24 karat gold flame which is hand hammered so no two flames are exactly alike. She hopes that the "Let Your Light Shine charm will encourage others to become a light shining in the world—each one shining in their own unique way." This was also Orr's first piece of jewelry relating to Christendom and it was with this piece that she began exploring a genre creating jewelry with purpose.

Collecting ancient crosses and coins has become a favorite pastime for Vicki and many of the pieces show up in her creations, such as the IXTHUS, which was the symbol used by early persecuted Christians in Europe and the Middle East to secretly identify themselves. Orr saw a restored IXTHUS symbol on a tour of the Church of Chora in Istanbul and her young Muslim guide shared the story of the symbol, a series of Greek letters overlaid and signifying a timeless, eternal truth: Jesus Christ God Son Savior.

Now as Vicki Orr "Takes a Step of Faith", she feels truly blessed to have an opportunity to share her one-of-a-kind and purposeful pieces with others!